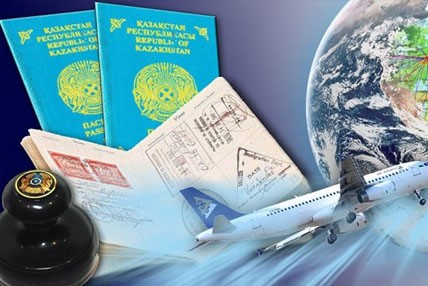 New rules for issuing visas for entry into the territory of Kazakhstan will enter into force since January 1, 2017, Minister of Foreign Affairs of Kazakhstan Yerlan Idrissov said during a briefing with the participation of First Deputy Minister of Internal Affairs Marat Demeuov, the representatives of the diplomatic corps, business community, local and foreign media.

The purpose of the adoption of the new rules is to improve and simplify the existing procedures for issuing visas with the current international realities in the field of the migration and visa policy, changes in the national legislation, as well as streamlining the procedures for entry of foreign nationals into the territory of Kazakhstan, Kazakh Ministry of Foreign Affairs’ press service informed.

Ye. Idrissov told about innovations and noted that the new edition of the regulations is a key component of a package of measures to create a convenient, transparent and favorable visa regime for foreign citizens, former compatriots, ethnic Kazakhs and to improve the investment climate in the country, aimed at attracting foreign investment, travel to Kazakhstan and private business entities.

“We wanted to create simple, clear, modern and comfortable rules based on the interests of our citizens, actively cooperating with foreign partners, and foreign nationals who are interested in Kazakhstan. I am convinced that this will open up additional opportunities to the business community for cooperation with the outside world and facilitate contacts of citizens of our country with foreign partners in different spheres”, the Minister said.

One of the important innovations is the transfer of authority for registration of invitations from businesses and individuals on the entry of foreigners in Kazakhstan to the Ministry of Internal Affairs of Kazakhstan.

At the same time, the Ministry of Foreign Affairs will continue to design invitations from foreign ministries, diplomatic and consular institutions of foreign states and international organizations and their missions.

Under the new rules, the visas will be divided into 3 types (previously 14): “A” – diplomatic, official and investor; “B” – for a short stay; “C” – for a long stay. The multiplicity of categories of visas will also be modified, list of documents required for the invitation will be minimized.

The changes also affected the visas for the families of foreign diplomats accredited in Kazakhstan, study visas, visas for persons working in the “Astana” International Financial Centre and others.

Street lights on solar batteries to be installed in Aktau

A tripartite memorandum on mutual cooperation between Governor’s Office of Mangistau region, “SourceEnergy” LLP and…

Kazakhstan and Czech Republic are interested in developing cooperation in nuclear power field. In Astana,…