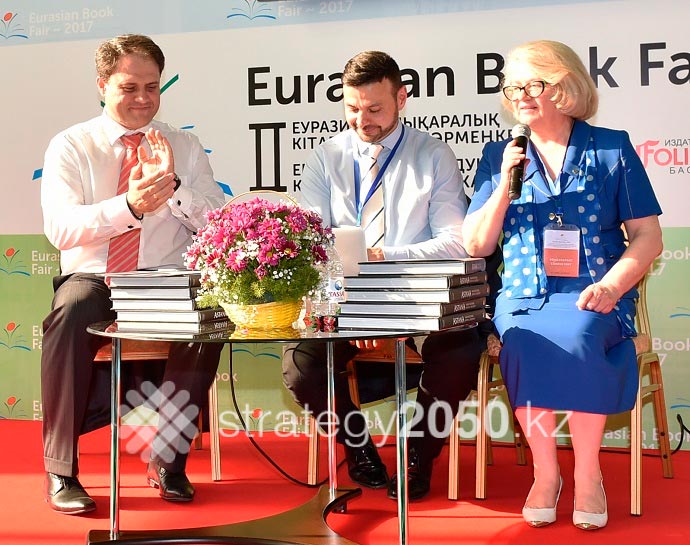 According to the Ministry of Foreign Affairs of Kazakhstan, the next work of the author, famous for the best-selling book “The Hermetic Code”, is dedicated to the special place of the capital of Kazakhstan in the world traditions of architecture and town planning and timed to the 20th anniversary of Astana and EXPO-2017 “Future Energy”. “Astana: Architecture, Myths, Destiny” has been published in May this year and received the status of a Canadian bestseller.

Professor F. Albo expressed his admiration for the unique combination of the rich cultural heritage of the nomads of Eurasia and modern architectural solutions in Astana.

According to him, the main goal of the book is to present to the world community the deep historical significance of the formation of the new capital of Kazakhstan, which today is rightly considered a global center for spiritual harmony, peacekeeping initiatives and sustainable development of the Earth’s energy and ecosystem.

Deputy Minister of Foreign Affairs of Kazakhstan Roman Vassilenko emphasized the role of President N. Nazarbayev in the construction of Astana, which became the embodiment of stability and dynamic development of the country.

“In this regard, it is natural that a separate chapter of this publication is devoted to the key role of President N. Nazarbayev as an initiator of the formation and development of the new capital of Kazakhstan, recognized today as the pearl of the architecture of Central Asia”, R. Vassilenko noted.

The participants of the event were shown specially developed video clips about the book and the riddle “Astana Challenge” that was put in it. The winners of this contest will receive tickets for an exclusive trip to Astana to get acquainted with the architectural monuments and sights of the capital.

The event in Astana took place as part of a series of presentations “Astana: Architecture, Myths, Destiny” around the world, including Winnipeg (Canada), London (United Kingdom), Washington (USA) and others.

The author has developed the official website of the book www.astanamyth.com, considering the possibility of translating the book into Kazakh and Russian.

Costa Rica, the first country running only on renewable energy, will take part in EXPO-2017

On 29 August 2016, in Astana during the international conference “Building Nuclear Weapon Free World”,…

126 thousand square meters of all pavilions of international participants have been almost completed. There…