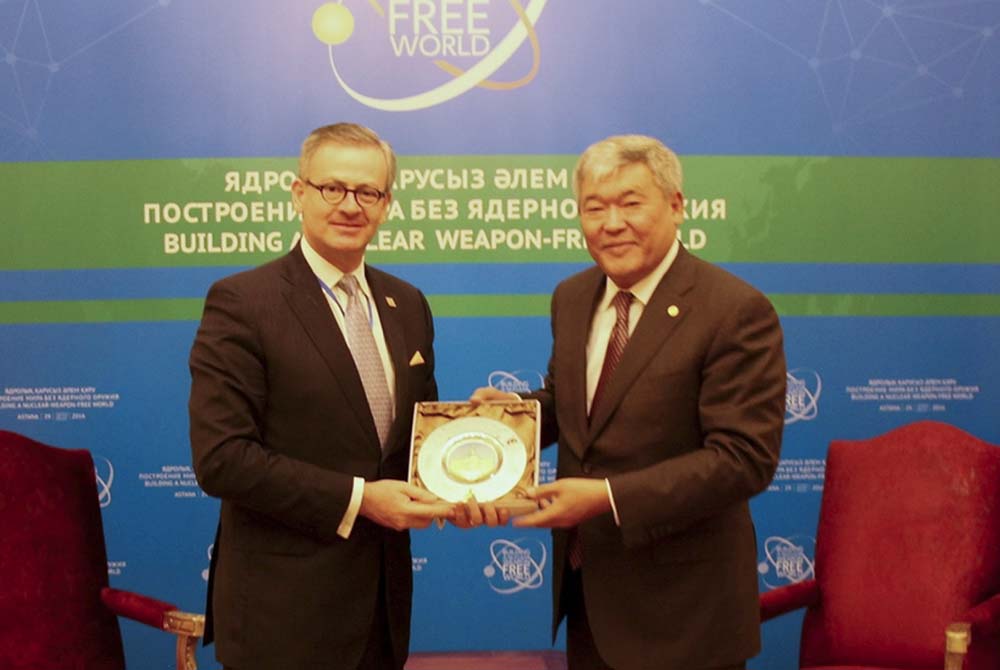 During the meeting, the Costa Rican Foreign Minister said that the government of Costa Rica had made a decision on participating in Astana’s exhibition.

Thus, Costa Rica became the 98th country that officially confirmed its participation in EXPO-2017. Besides, 17 international organizations have confirmed their participation by today.

According to the Minister, in 2015, 97% of electricity used in Costa Rica was produced from alternative sources of energy. This figure is the highest in the world. According to the National Center of Energy Control, 65.62% of electricity is generated by hydroelectric plants, 15.60% by windmills, 13.70% by geothermal generators, 2.2% from biomass, and 0.02% is solar energy. In March this year, Costa Rica has conducted an environmental experiment, which was full transition to renewable energy sources for a 75-day period. As a result, Costa Rica is the first country in the world, which was able to run on 100% of renewable energy.

In turn, R. Zhoshybayev, the Exhibition commissioner, noted that EXPO-2017 will be a good platform for developing cooperation in the field of alternative energy and the participation of Costa Rica will make a significant contribution to the success of the Exhibition.

Kazatomprom increased its net profit by 2.5 times in 2016

"Kazatomprom" national company has increased the net profit by more than 2.5 times compared to…

Israel signed the Agreement of Participation in International Specialized Exhibition “Astana EXPO-2017”. The document was…

Kashagan plans to produce about 1 mln tons of oil

Since the launch of Kashagan oil field, about 750 thousand tos of oil was produced.…