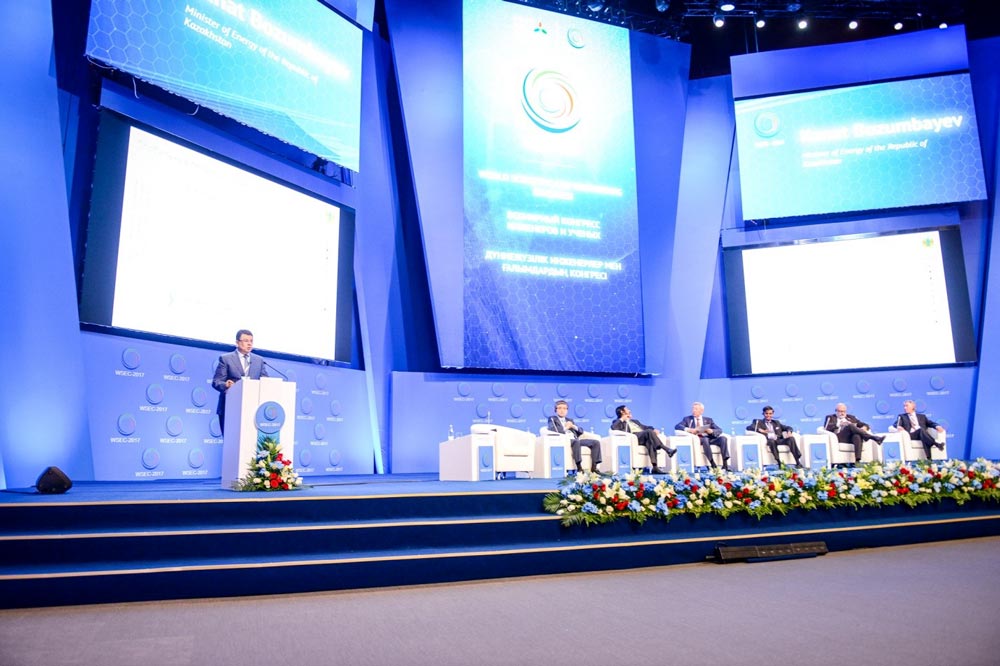 Within the business program of the EXPO in Astana, the World Scientific and Engineering Congress WSEC 2017 “Future Energy: innovative scenarios and methods of their implementation” has been started its work, BNews.kz correspondent reported.

Among key speakers of WSEC 2017, there are four Nobel Prize laureates, eight winners of the international award “Global Energy”, leading domestic and foreign scientists and engineers, profile ministers, representatives of the public sector.

The World Scientific and Engineering Congress is carried out for the first time not only in Kazakhstan but also in Central Asia. In two days of the forum over 300 reports, more than 80 scientific presentations will be submitted, models or video records of the realized innovative projects are presented, three will pass “round table” and numerous discussions. Work of the forum will be based on four scientific blocks which are headed by prominent Kazakhstan scientists and engineers.

“The forum has brought together a large number of the interested experts, we were supported by more than 20 international organizations, academies that testifies to relevance of the offered subject not only for Kazakhstan, but also the whole world,” the chairman of the international program committee of the WSEC 2017, the president of the Kazakhstan national academy of natural sciences Nurtay Abykayev noted.

“In strategy Kazakhstan 2050 Nursultan Nazarbayev has pointed to global challenges of the XXI century among which exhaustibility of natural resources, global energy security and the third industrial revolution. On the congress we expect detailed consideration of these questions. Worthy answers to them can’t be received without close attention to reliable and available power supply, economical and pure energy consumption, use of renewable and alternative types of energy. There come the modern times, expectations and reference points change, the demand to achievements of science, innovations and engineering increases, and we need to make every effort to find solutions of these difficult tasks,” president of the national Kazakhstan engineering academy Bakytzhan Zhumagulov told.

Kazakhstan and Czech Republic are interested in developing cooperation in nuclear power field. In Astana,…

126 thousand square meters of all pavilions of international participants have been almost completed. There…

All information about EXPO-2017 events in one place